On the slopes at the upper end of Borrowdale in the Lake District are three Yew Trees. They were visited by Wordsworth before one was destroyed in a storm in 1803. He penned the poem ‘Yew-Trees’ in which he described the ‘fraternal four’. The trees are about 1,500 years old. In 2002, to celebrate the Golden Jubilee of the Queen, the Borrowdale Yew was named one of the fifty great British trees. 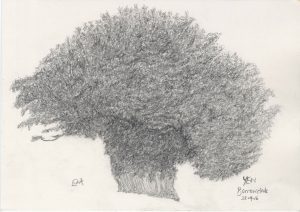 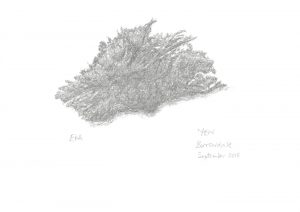