On the strength of one tree, discovered in 1678, growing in a remote part of the Forest of Wyre, the True Service was admitted somewhat controversially on to the British list. It was celebrated as the ‘Whitty Pear’, and progeny were grown to be distributed locally and to the Oxford Botanic Garden. The original was burnt down in 1862 but a direct descendant was planted nearby in 1913. The final confirmation that the True Service is a native British tree, the rarest British tree, came between 1883 and 1991 with the discovery of a small number of indisputably wild populations on barely accessible cliffs in South Glamorgan. Later, a few individual trees were found in similar environments on the Horseshoe Bend of the Bristol Avon, where they provide the basis for the Site of Special Scientific Interest (SSSI), and on the estuary banks of the Wye and Camel Rivers.

When writing the book on the Museum Gardens, York, Ewan and Peter became aware of the rarity of the True Service Tree which grows there. This led to a successful campaign to preserve the Tree when the flood banks in the Gardens are raised by the Environment Agency in 2021. It also led to continuing research on the species and below are some of Ewan’s drawings. 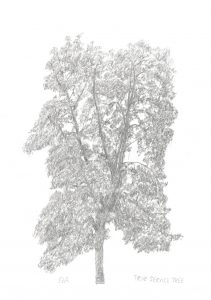 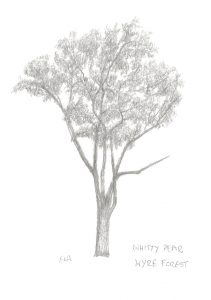 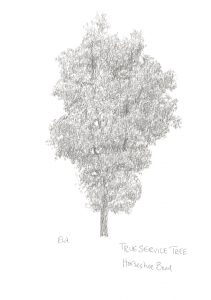 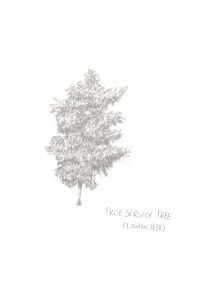 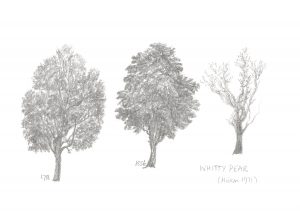