The Chinese Persimmon (Diospyros kaki), grown today for Sharon fruit, has been cultivated in China for over 2000 years. However it is now acclaimed worldwide as the tree which survived the atomic bomb detonated over Nagasaki on 9th August 1945. Amidst the devastation, several years later, two small trees emerged 2.5km from the hypocentre. These were nurtured under the guidance of Dr Masayuki Ebinuma, who developed the international “Kaki Tree Project” as a peace gesture. Since 1998, saplings from the two survivors have been sent to many countries including the UK.

Ewan has drawn the Kaki tree in the gardens of the Nature in Art Gallery and Museum in 2015, 2016 and 2017 to show how the little tree is developing. He is still in awe of a tree with such a history. 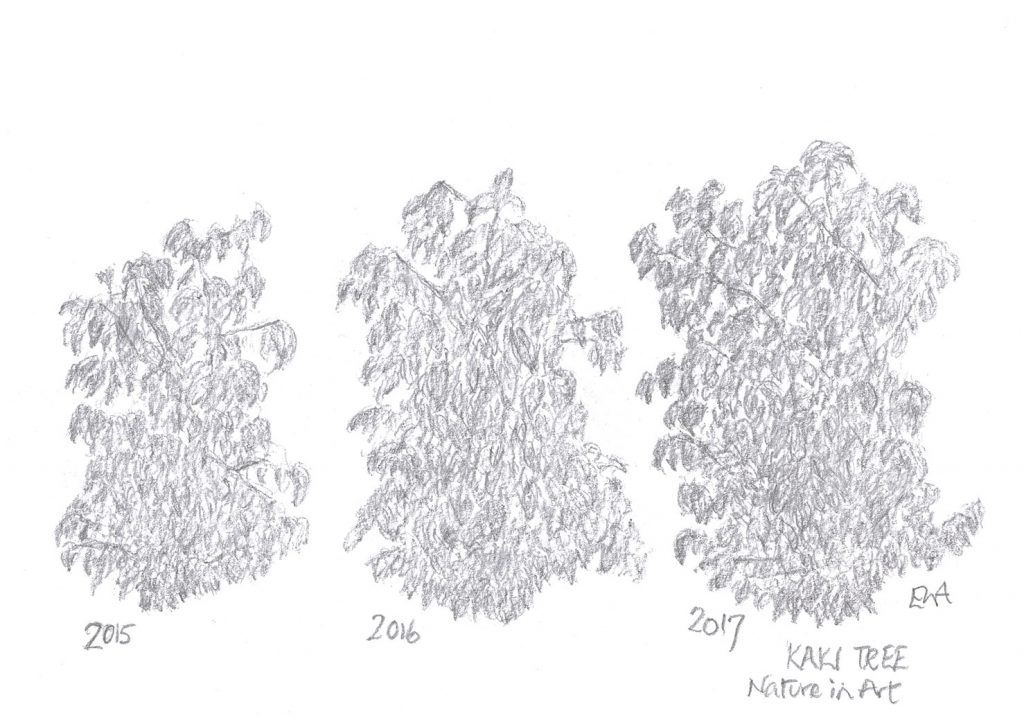